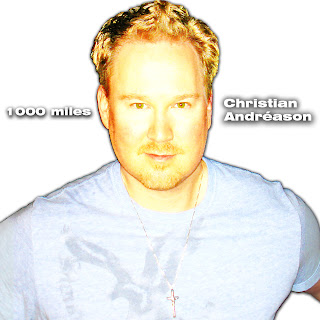 
The downloads are finally picking up! YES!! I was beginning to worry... This is the first time I have not released an actual hard copy/CD with a new release. Everyone these days seems to do the download thing now. Personally, I still really like CDs... but they are tremendously expensive to manifest (art wise), manufacture and then ship out and account for. So I really like this better. Maybe I will actually get to make a profit for once. ; ) When the press release for this one first came out, the sales just 'trickled' in. So I talked to a PR friend of mine who reminded me how you really have to GET OUT THERE and be SEEN by the people in order to remind them you are still relevant. So slowly but surely, I have been attending a few events here and there and such... (which has been fun!). And sure nuff... the downloads are definitely going up! Thank you Lawd!!

Anywho... THANK YOU SO MUCH TO THOSE OF YOU WHO HAVE BEEN SUPPORTING ME AND ACTUALLY PUTTING YOUR $5/$10 out there to BUY MY MUSIC!! THANK YOU!!! It adds up and will help me to be able to record my next song(s)... which I hope to make happen soon!

This particular release I dedicated to my wonderful Nanoo, who (as some of you already know) had a massive stroke June 11th last year. After a long, hard 2+ month battle, she finally made her transition to her beloved God on August 26th. This happened right in the middle of when I was having a triple root canal done and the day before Jamie's birthday... The night before I had a feeling something was up.
My intuition was totally popping that the Angels were gathering to take Mrs. Audrey Nell to her Thomas Kinkade cottage in the sky. So, I could not sleep to save my damn life, so.... I surfed the Internet and of course landed on my Facebook page. While going thru some of my old wall pics, I saw one of my favorite pics I had posted of her. I spontaneously wrote her a small note, (knowing she would never see it of course) telling her how much I Loved her. 12 hours later... she went the million or so miles it takes... to get back Home.

I named the music program '1000 Miles' because of 3 reasons.

First, it is the title of track 1 ... one of my favorite songs on the album. Second, there is an over-dub line in the dance mix version of my song, "Running Back to You -- Million Mile Mix" (track 4 & not to be found in any of the other mixes) that says (with a spirit of devotion):

When I sang it, I was looking directly at Jamie from behind the recording studio glass at Sound Arts. Singing directly to him. A year prior, he and I had hit a rough patch, where we had unfortunately landed in that same place that so many other people do, wondering... if "we" were gonna work out. (?) For me, I do it STRONG or not at all. Mediocre is just NOT in my vocabulary. I have too much I want to do with what is left in my all too short life. But, after having been together for 15 years; we were getting obviously older. (insert George Michael's song 'Older' here...LOL!) We both were realizing we were changing. The deal is with so many other couples is... you either grow together or grow apart. Well, to tell the truth... it is impossible to ALWAYS grow together, so sometimes you just have to be willing to wait for your partner to catch up. You have to remember to communicate your 'needs' & negotiate thru your 'wants' realizing wants and needs are NOT the same thing. Amazing how people either forget or just don't want to catch on to that!

But what if they don't want to go where you are going? Do you go BACK to where they are? Or do you keep going on ahead? This is where it gets really tough! And of course a lot of people don't make it past that hurdle. They are either too proud, or too bitter and angry that they feel they have made so much of their journey alone. Well, I made the decision to STRETCH and take a few steps back, WAIT on him to catch up, which for me is [and was] hell, but I realized I did not want to be without my Jamie and I believed he felt the same. Plus 15 years is a long time to collect a history together. He knows all my dirt & tickle spots and I know his. He knows my family living and passed (God Bless us ALL) and I know his. And when it comes to those we have loved who have passed, who better to keep them alive for each other like we can? The hardest thing about 'starting over' with someone else is how do you explain "aunt Kiki" giving you her bird seed salad at Thanksgiving and then calling it THE MEAL ... when you know that person has never even met your crazy aunt Kiki? (What a hoot of a lady she was...God I miss her!) Anyway... being in a relationship is about taking journeys TOGETHER. Fun ones and not so fun ones. **You just want to try to keep it more fun than anything!** So in naming the program '1000 Miles' in the back of my mind I just kinda told myself, "Well, we [Jamie and I] have made it this far... we can STILL go the miles we have ahead. That was what I was thinking as I looked at him from behind the recording studio glass and sang that line. I also thought about all the other friends and loved ones I have known through out the years, who have remained loyal to me. We too have many miles to go as well...

The other reason for the '1000 Miles' title is because I feel for what I have to give within my music career, I have only just begun, really. Yes, I have been at this game for 20 years now. Recorded and released so many songs, sung for so many people in so many interesting places... Meanwhile, I have also lived on chicken soup or tuna out of a can just to be able to record my next song. But in the end, it has all been worth it. Doing my music bridges me over to 'the other side of my Soul!' I have realized regardless of how well my music is received by others, I SIMPLY HAVE TO DO IT FOR MYSELF! For awhile there, I was honesty thinking of retiring. The industry has been doing so awful for a long time now. But I just don't see that happening anytime soon cause the truth is I have never been in this for the fame or the money. My Nanoo passing helped me to see that. 'Cause when she passed on, even me, with all my faith... I had a really difficult time because I was missing her so bad! Thank you God ... for my music!!!!! Recording my new songs and working on the remixes and masters of the older ones gave me something to do with myself in my spare time... and it set me to right again! So, I guess you could say that I have a new view about my music. So far, I have gone 1000 Miles in this 'ole career of mine and by the time I am done I will have hopefully burned rubber many miles ahead!!! How many will I actually traverse? Who the hell cares! Charts, gold records and awards are fun and all... but in the end, all that really matters is that awesome view you saw [and created for others] along the way! : )

Feel The LOVE, Be The LOVE, (whether you know it or not) it is EVERYWHERE YOU ARE....